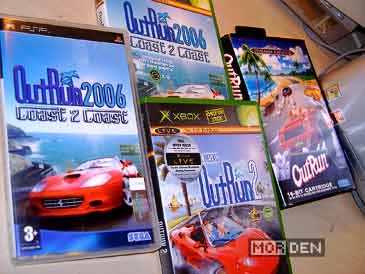 It's OutRun - It's OutRun again, for the 100th time, and you'll love it, just as you did when you first played it. What am I talking about? I'm talking about OutRun Online Arcade, of course, which hit both the PSN and XBLA distribution systems within the past few days. Now both PlayStation 3 and Xbox 360 owners can enjoy OutRun 2, OutRun 2 SP and Coast 2 Coast tracks online, in a crisp 720p. I have to say, for a five-year-old game that got converted to every platform capable of handling it, OutRun 2 - because that's essentially what OutRun Online Arcade is - managed to create alot of buzz.

Even though the game now runs at a slightly higher resolution, the polygon count remained the same and from the look of it, so did the textures. This however doesn't bother me one bit, since the game runs at a high framerate and when you're speeding at 250+ km/h, who cares if a palm tree bark texture is crisp enough. Sadly, Sumo Digital, while doing a great job of porting this magnificent piece of software to current generation platforms, omitted all of the additional content we got when buying regular OutRun 2 and Coast 2 Coast. Scud Race and Daytona tracks are not here and neither are the missions. 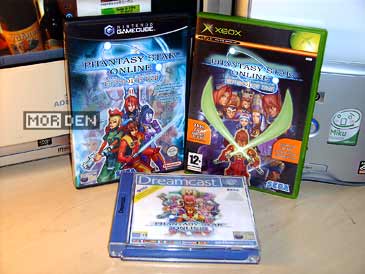 Seeing as Sega likes to bring back the bigger hits every once and again, I couldn't help but think that a return of Phantasy Star Online is in order. I played the Dreamcast version, and I played both the GameCube and Xbox versions. Servers for all of these have been down for quite some time, yet, the PSO community refuses to let go of the title, and for years now we have had access to homebrew PSO servers, such as SCHTHack. Believe it or not, first two episodes of PSO are more popular than more current installments, like PSO Universe. 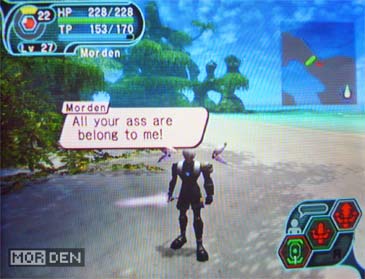 This should be a clear signal for Sega - People want PSO, so why not give it to them? If this ever happens, I hope that Sega will go with a more open server architecture like Demasked, where game servers are ran in a clustered environment and each game server scales dynamically, therefore maximizing stability, saving energy, and never having to retire the usage of an online game. Ultimately, all we want is to be able to pick up an old online title and be able to play it whenever we feel like it.
PR
2009.04.16 Thu Xbox ☆ Xbox 360 Comment    Tweet This!