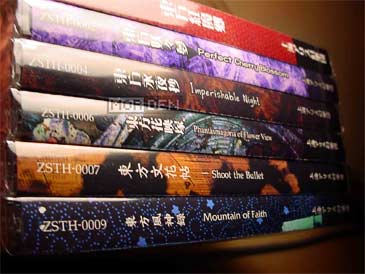 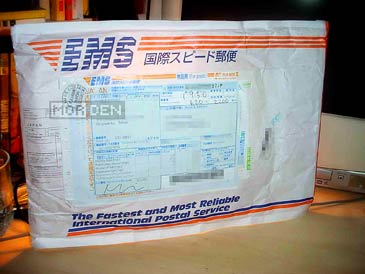 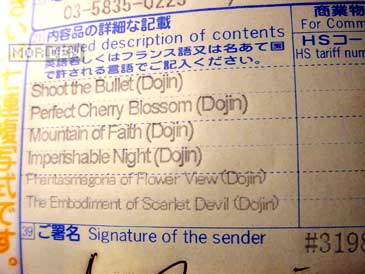 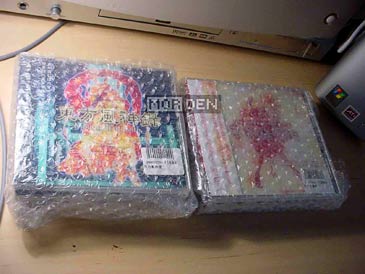 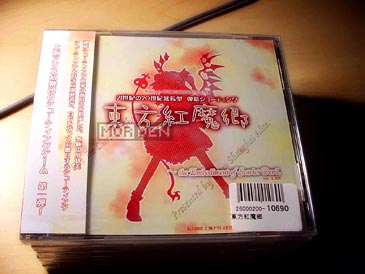 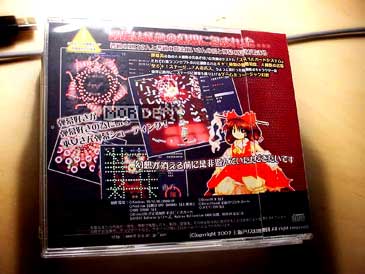 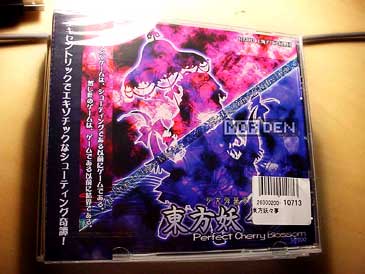 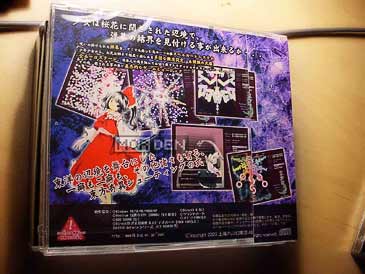 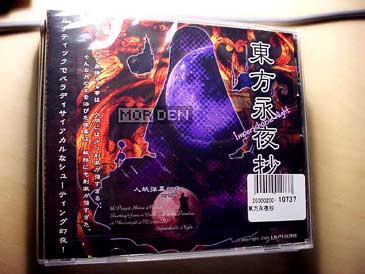 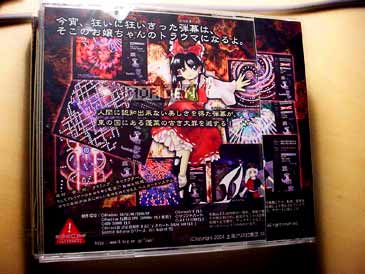 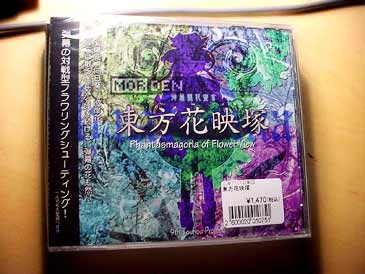 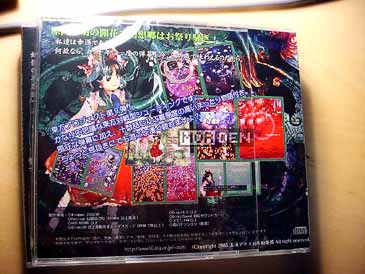 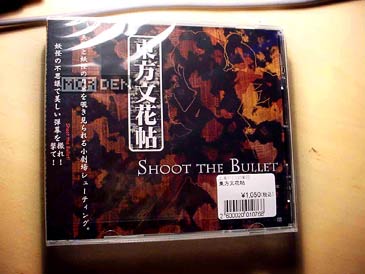 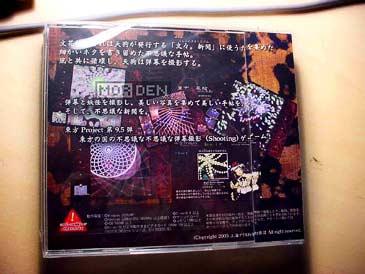 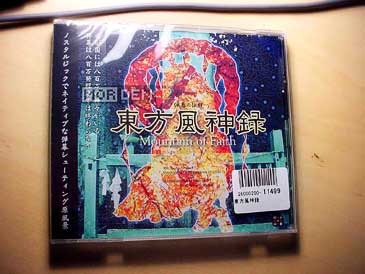 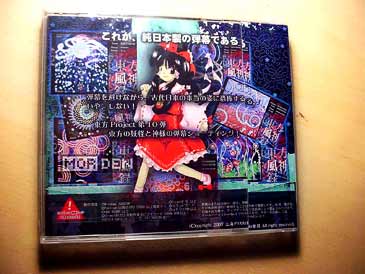 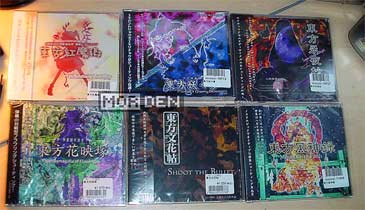 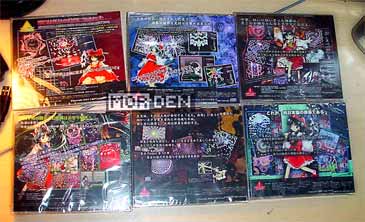 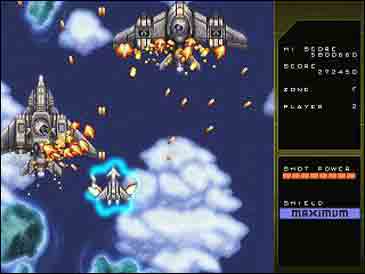 Astro Port [also known as DHC or Dark Hell Company] has recently released yet another title. After releasing Sonic Ironstorm: 3 Minute Version, the full game is finally out. 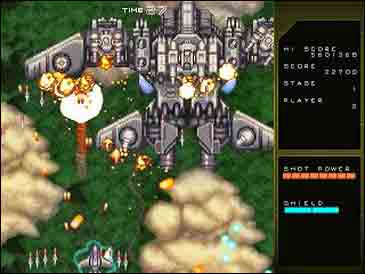 If you're looking for a quality shoot 'em up dojin experience, this title is a must have. As if the quality itself wasn't enough, it's totally free. I guess it's enough to say I'd gladly pay for it. Yes, it's THAT cool. 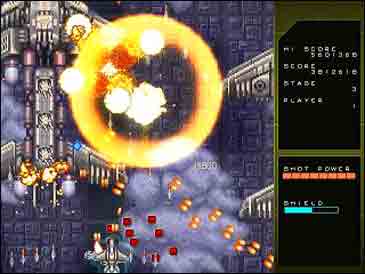 To visit Astro Port's official site click HERE. You can check out the older titles if you're not familiar with them, and if you want to go to Sonic Ironstorm page directly, click HERE. The download link is just at the top. The files are hosted at Vector. (^ε^)♪
2007.10.04 Thu Dōjin ♥ 同人 Comment    Tweet This!
『 おっぱいスライダー２ / Oppai Slider 2 Patch 』
While going through some of my old archives, I found this little gem. Why I haven't released it sooner? I have no idea. I spread it among some people I know who got the game but never released it on any site providing game fixes and such. Well, after finding it, I uploaded it to GameCopyWorld.com 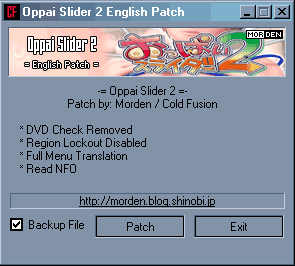 So what is it and what the hell does it do? Long story short: Japanese developer called Illusion released a game called Oppai Slider 2 [check out the game site HERE]. Because they're a bunch of dickheads, they locked it so that it would work on japanese Windows systems only and systems which had the language and region settings set to japanese.

On top of that the game forces you to have the disc present in the drive at all times during the play. If that wasn't enough, the config menu was a bit troublesome for those, who can't read japanese. 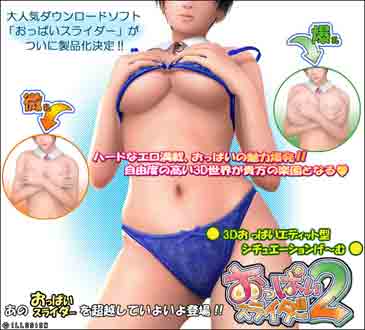 So I made a patch that fixes all of these problems. It allows you to run the game at your current language setting even though the ingame japanese font will be screwed up, but you'll cope with that if you don't understand the language whether it's kanji or a bunch of random characters.

It also allows you to play without the disc in the drive and if that wasn't enough, the config / start menu will be completly translated to english. Cool, huh? You bet your ass it's cool. You can find the patch HERE. 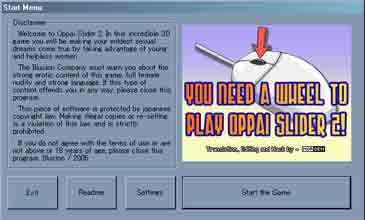 To get something clear: For the patch to work, you MUST have the original, previously unpatched executable. I've mentioned this is the *.nfo file but some people don't seem to read those. Here's a couple of screenshots to give you an idea of what the menu looks like after it's patched. This patch will NOT work with the 1.5 version executable either, in case you were wondering. 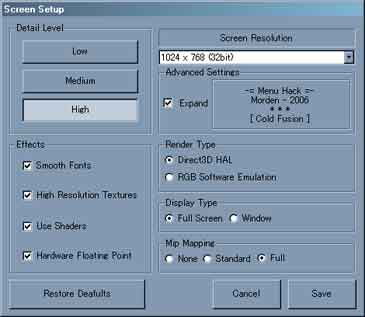 If the patch doesn't work, it means there's something wrong with the Oppai Slider 2 main executable you're using. There's NOTHING wrong with the patch. You are doing something wrong and I can't know what it is. So please double and triple check your game files BEFORE you post a comment here. Thank you. Oh, and one more thing ...