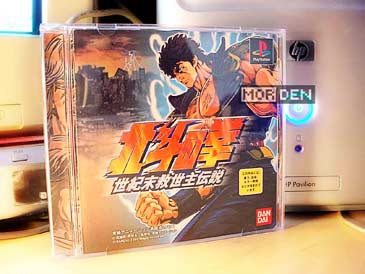 Hokuto no Ken: Seiki Matsukyu Seishi Densetsu. This unusual beat 'em up game will take you on a violent trip through a post apocalyptic Mad Max esque world where instead of guns you'll have to use the power of your fists to survive. You follow the steps of Ken, a martial art legend, who has managed to master some mean techniques that make his enemies explode and die in most outrageous ways. 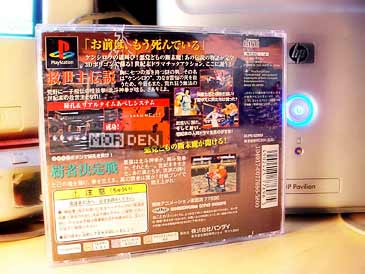 Basically the game consists of extremely lenghty cutscenes with occasional Fighting Force / SpikeOut like moments where you have to battle some bad guys and make them explode. You can beat your avarage bad guy in a second. Bosses can take some time and you have to finish them off by punching in a special combo. You're given a timeframe at the end of the fight to do that. If you succed, a cutscene starts in which your oponent gets slaughtered by one of the secret techniques. If you fail, you have to kick the guy a few more times and try again. The gameplay mechanics are pretty simple and the fighting system is rather solid. 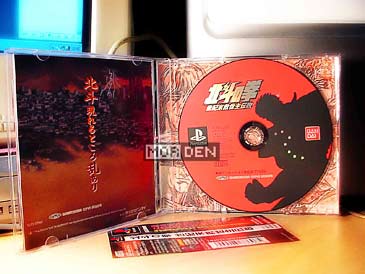 This game is one of the best looking PlayStation games ever made. Superb texturing and full 3D graphics will tease your eyes for hours. I'd even go as far as saying this game pulls off what Metal Gear Solid did. Only more violent. A thing worth mentioning is that it's one of very few titles which will not run properly on PlayStation 2. First sign of trouble is the distorted game logo right after you boot the disc. The game will freeze during the first cutscene, and since you're unable to skip these first time you play, you're screwed.

Hokuto no Ken: Seiki Matsukyu Seishi Densetsu will last you a lifetime. The game is beyond what you would call long and has some unlockable features. The coolest one would have to be the cutscene editor which allows you to take any cutscene [of which there are five million] and replace the original dialogs with any other dialog from the game. You can compose some ridiculous scenes. If you know japanese that is.

ThunderForce, usually associated with MegaDrive, made its way onto Sega Saturn with the fifth, and so far last game in the series. And what a great game it is. Take everything you liked about the previous titles, add loads of new stuff and make it 3D. Actually gameplay did not change, so it's 2D mechanics and 3D graphics. 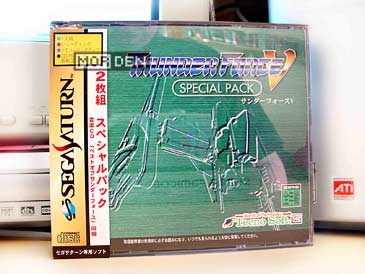 Don't frown now. 3D is your friend and no matter how much you liked the previous 2D MegaDrive titles, that's the way it goes. To tell you the truth, first time I saw this game I wasn't convinced. I had to get my own copy [the regular release] to really apriciate what TechnoSoft people did to the series and to understand that it was a good move.

You might have heard about the PlayStation version aswell. It is out there and Sony probably wants you to think it's better. Since we all know that PlayStation games were better when it comes to 3D, right? Right. Well this time it's actually the other way around. ThunderForce V on Saturn beats the PlayStation version at its own game. Transparencies! There are more transparent layers in the Sega Saturn version than there are on PlayStation. People who coded this thing on Saturn really knew what they were doing and it shows. You'll see some mind blowing effects, especially in the later levels of the game. 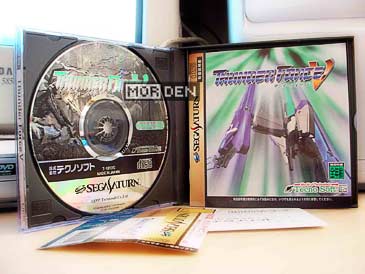 Notice the Special Pack print on the game CD. That, aswell as the artwork itself, is completly new in the SP version. That's actually pretty awsome. They didn't just throw the old version into the new package.

The Special Pack version also contains a music CD with remixes of the tracks from previous ThunderForce games. A little somethin' somethin' for the fans. You can listen to track 10 from the album by clicking on the play button below. It's a regular low quality mp3 file that gets loaded up into a flash based player.

Note: I'm using the Opera browser with the newest Flash plugin and still, the mp3 file is played at three times its original speed through the flash player below. If you're experiencing the same problem, feel free to download the mp3 file by clicking here. Note 2: The file is down untill further notice. Sorry. 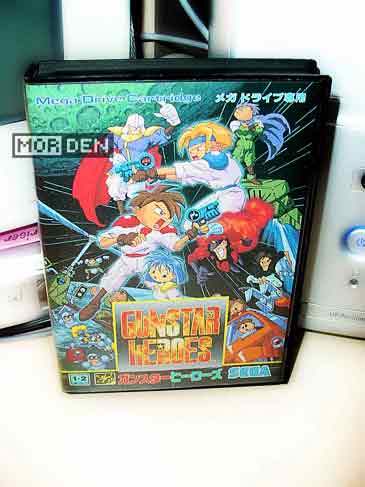 Does Gunstar Heroes need an introduction? I think not. Anyone who knows what a MegaDrive is, probably knows this title aswell. Fantastic, fast paced run 'n gun game and Treasure at their best. 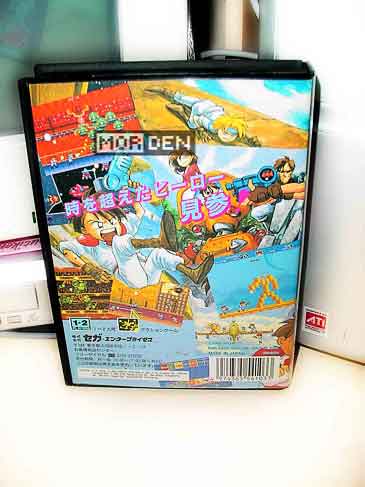 Over the years, this title has become somewhat of a treat for all videogame collectors. The game in its Japanese version can go for a fairly high price, but I assure you, it's worth it. First of all you get a great game with design and gameplay mechanics beyond perfect. Second, you can brag about yet another japanese MegaDrive title on your shelve 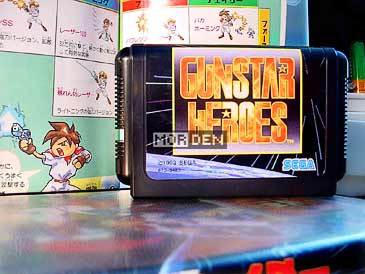 If you don't own this title already, I suggest you browse through some auctions. The title was released on PlayStation 2 as a part of the Sega Ages series [Vol.25 - トレジャーボックス], and is avalable on Wii through the Virtual Console. Since then the prices went down a bit. If you're not familiar with this title, check out the video below. 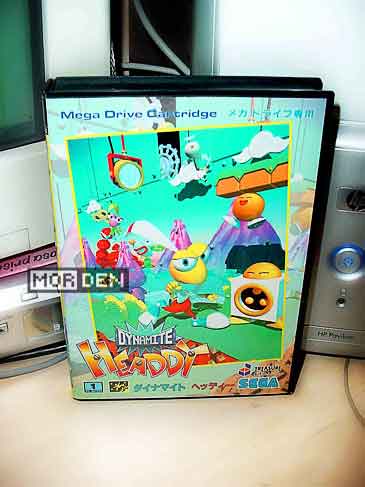 Dynamite Headdy is yet another Treasure masterpiece released for both MegaDrive and GameGear. This time, instead of running and gunning, we take control of the title character in a platform adventure. The game looks and sounds amazing. If you think the box artwork is colorful, wait untill you see the actual game. Vibrant colors, smooth action and a ton of sprites. 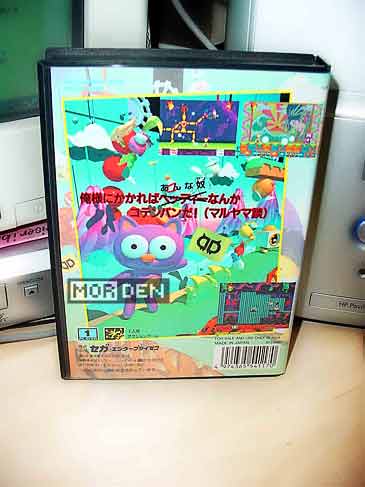 Gameplay mechanics are somewhat similar to Rayman. Or maybe I should say it's the other way around. Rayman creators must have played Dynamite Headdy. The loose detachable head and overall puppet feel of the main character are exactly the same in both games. The main difference being attach abilities, while Rayman launches his fists, Dynamite Headdy launches his... head. 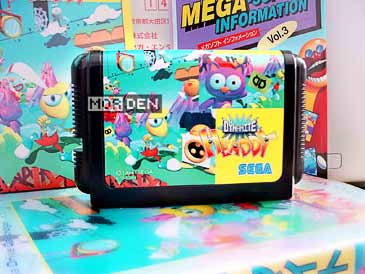 Throughout the game there are over fifteen heads to be collected, each one of them provides Headdy with a different attack ability. You can't store them however. Each time you find a new head, you swap the old one. So, feeling like you need a good platform game? Why not give Dynamite Headdy a try. 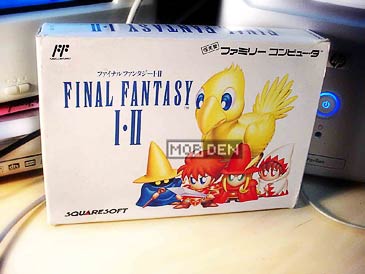 Final Fantasy games can be found everywhere nowdays. Re-releases, remakes, old games sold on auctions etc. But how about the original Famicom versions in near mint condition? They don't come by all that often, that's for sure. Yet, I've managed to score a rather rare find. 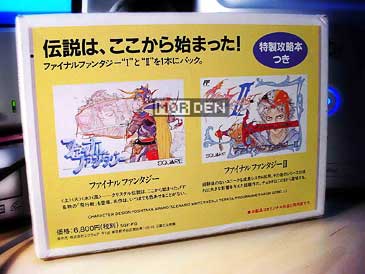 Final Fantasy I and II Famicom Special Edition. The box is the same size as those of regular japanese Nintendo 64 games. Inside you'll find the game cart containing both games, a map for both Final Fantasy I and II in full color, and a walkthrough book [over 80 pages heavy] also in full color with tons of screens and artwork. If that's not what you call a fine release, I don't know what is. 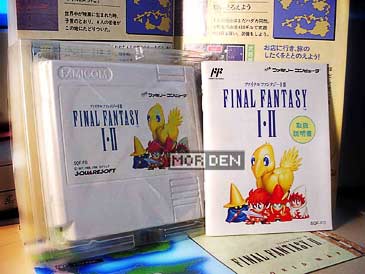 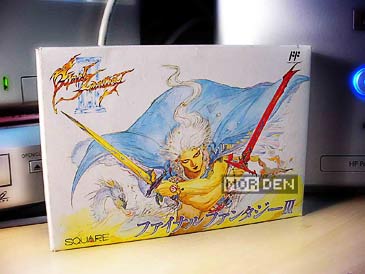 Final Fantasy III has gained some popularity recently, due to the remake released on Nintendo DS. This doesn't mean we can't enjoy the good old Famicom version, especially since this title never got released outside of Japan [except for the previously mentioned remake for the DS, which is 3D and blah blah blah, it's a totally new game]. 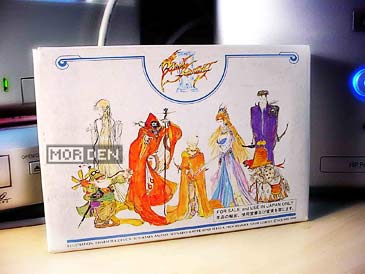 So many remakes for all possible platforms. We had Final Fantasy Collection, Anthology, Origins, and that's only for the PlayStation. WonderSwan Color got the updated Final Fantasy I, II and IV [supposedly the third game was in developement but in the end it got cancelled. Beta / Proto anyone?]. To celebrate the 20th anniversary of the series, both the first and the second game got new releases on PSP. The only title left out was always Final Fantasy III. The DS remake is good, but if you haven't played the original, you haven't lived. 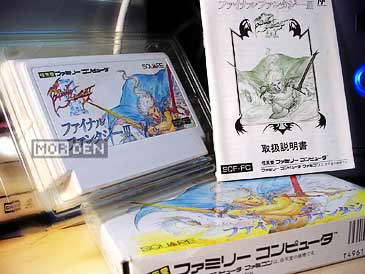 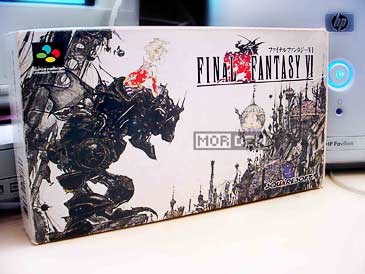 Here we have it. The best Final Fantasy game ever created in its original version. Super Famicom Final Fantasy VI. This is my personal favorite ever since the game came out. Superb story with great characters. A Super Famicom owner could not wish for more 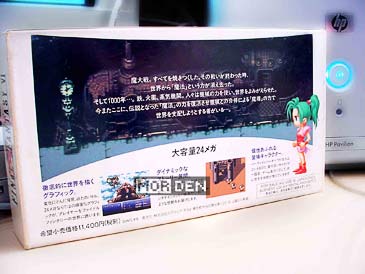 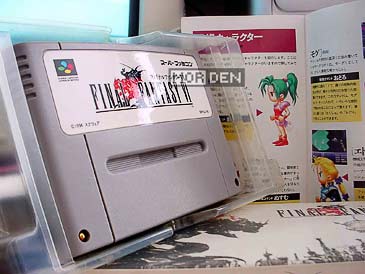 The title is also responsible for some Final Fantasy confusion. The US version was renamed and published under the title Final Fantasy III. This was due to the previous games not getting a US release. The game had also lost a large portion of the dialogues since translation from japanese would take up too much space on the cart. Not only that, all nudity [of which there was precious little] was censored. 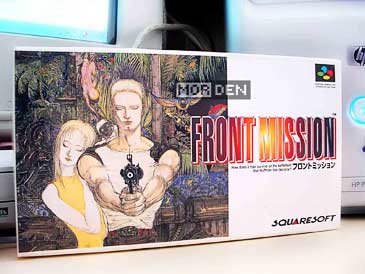 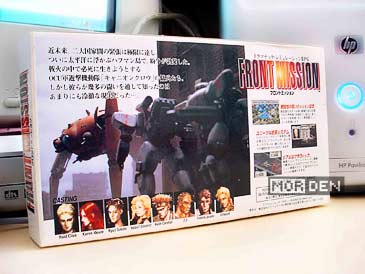 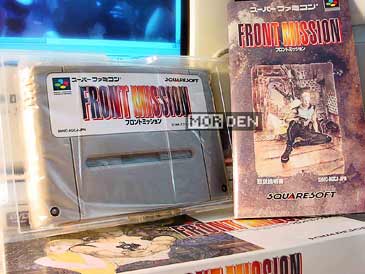 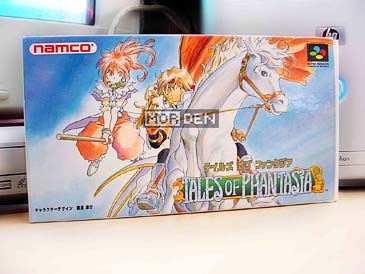 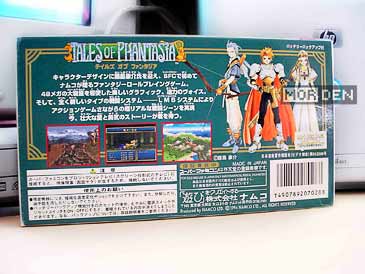 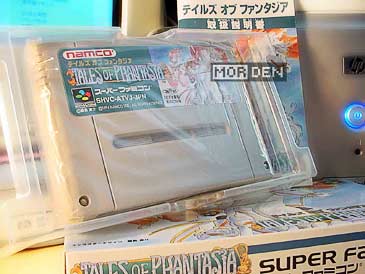 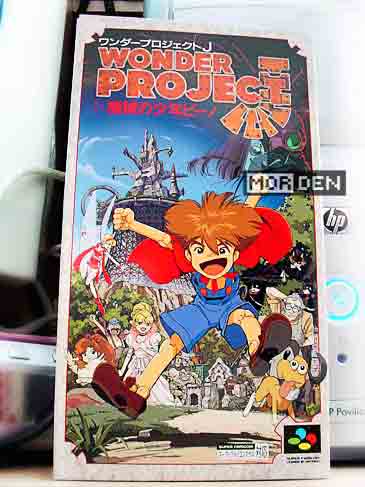 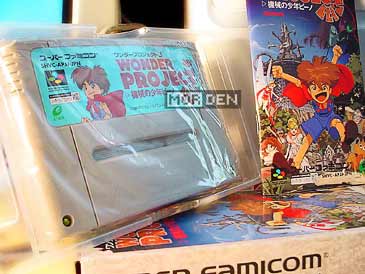