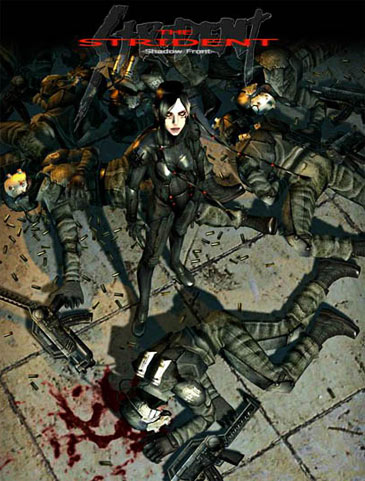 When a game developer has to figure out which time period his game will be set in, the answer is usually simple: The future. We all know that the future doesn't look too bright. Nobody expects waking up in a utopian world where nothing is broken, and thus nothing needs fixing. Our future is dark and it comes in two flavors: gloomy cyberpunk or post-apocalyptic chaos - not that there's anything wrong with that, at least when it comes to games. Korean developer Phantagram decided to go with the second flavor, placing the story of their Xbox game entitled Strident some years after World War III. 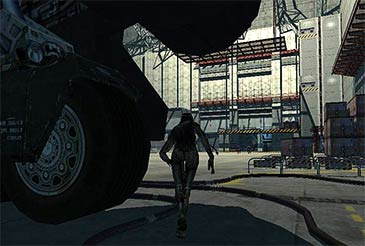 Strident is the game's title, but it's also the codename of the main character - A female agent with no recollection of her past, capable of killing just about anything with her bare hands. Who needs weapons, if you're an expert in martial arts and your acrobatics would probably win you a medal or two if you ever showed up at the Olympics? Strident is a death toy, and if you think you can stop her with a couple of rounds from your machine-gun, you're in for a surprise. We know who we'll be controlling, but what's out mission? Since our character lost her memory, in the end, the main objective has to be getting it back. 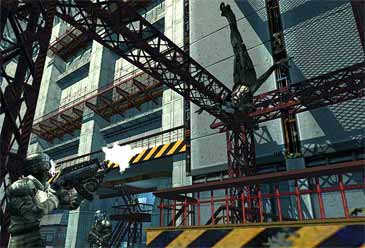 As it turns out, Strident is the last remaining member of FIST, a special unit operating under the orders of United Nations. Sent on a peacekeeping mission to the Middle East, the FIST unit disappeared from the face of the earth. During a mercenary attack on a research facility manufacturing cyborgs, our female lead gets a chance to escape, after being imprisoned for six months. This is where the player takes over. Memories have to be found and a huge conspiracy needs to be uncovered. For some reason, the United Nations are no longer on our side, so as usual, we'll have to deal with everything on our own. 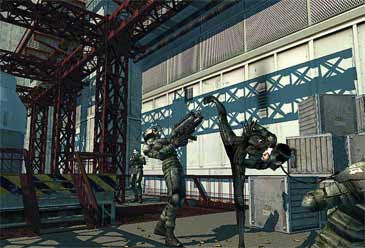 The game sounds like a lot of fun, and I can imagine what would it be like to actually play it, but unfortunately, I won't ever get the chance to. Strident is one of those unfortunate titles that never made it past the development stage, and was eventually cancelled. All that we ever got to see were a couple of screenshots and some concept art. Phantagram also released a fully rendered cinematic that looked nothing like the actual game, so I won't even link it. Why am I writing about this? Because the moment I saw the screenshots, I knew this was a game for me, and if it ever came out, I'd love it. What's even worse, is that Strident wasn't the only title Phantagram cancelled.


As if losing Strident wasn't enough, we also lost Duality, another third person perspective game, developed by none other than Phantagram, who teamed up with Madrid based Trilobite Graphics. While similar to Strident in look and feel, Duality was supposed to be a breath of fresh air when it came to gameplay. Judging from the information released to the public, it was meant to be an action adventure, not unlike Quantic Dream's Omikron: The Nomad Soul. 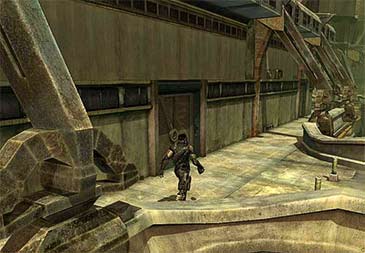 The story begins with industrial espionage when Travis, a mercenary turned security agent, buys himself a place on a mega-corporation hit-list by not being able to prevent the theft of top secret blueprints. Escaping the company premises, our hero will have to track down the thieves and return the stolen property to get his old employers off his back. Along the way, Travis will encounter two other characters, which the player will be able to control: A hacker-extraordinaire named Sam, and an artificial intelligence being called Cube. Each of the characters will be able to explore a part of the story inaccessible others, eventually bringing everything together and tying up all loose ends. 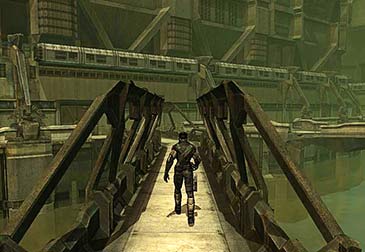 I have always wondered for how long is a developer able to operate, paying its employees for their time, without actually releasing anything, and without going bankrupt. The year 2002 must have been a tough one for Phantagram, seeing as they've managed to start developing two potentially huge titles, only to see them get cancelled, with all the work going to waste. Is it better to abandon a project, or give it a shot, since it's already so far along? Developers always have to weigh their options against potential financial loss, but what about the credibility in the eyes of gamers? 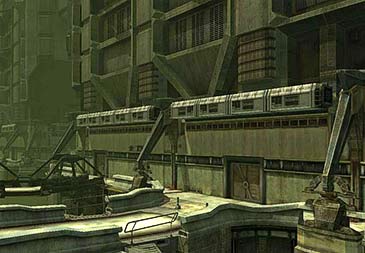 Usually, when a title is being cancelled, developers, as well as gamers realize, that this particular title wouldn't have worked. Most of such projects are abandoned at an early stage, and no real harm is done, but I can't help myself but feel that these two titles had so much to offer. It's a common fact that relatively unknown developers tend to take risks, while those who made a name for themselves, usually play it safe. The audience is expecting a certain level of quality, and while innovative approach isn't necessarily bad, it might not be what gamers want. 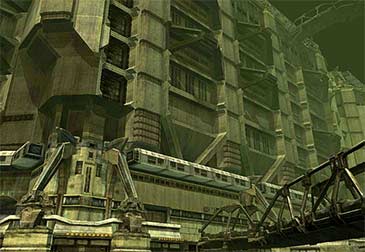 Did Phantagram realize that both Strident and Duality would require enormous amount of work to make them shine? Maybe, but great games don't just happen - Money needs to be spent in order to be made again, and that's why I regret that Phantagram didn't have what it took to push these projects through. I can only assume that porting these titles to current generation hardware is out of question, since it would require a massive tech upgrade, unless we're talking about Wii. One can still hope, though. Just like I keep on hoping that LucasArts will release a sequel to Outlaws.
PR
2010.03.07 Sun Xbox ☆ Xbox 360 Comment    Tweet This!