It's been in development for about six years and lately there has been no news on the project. Many have abandoned all hope and various internet sites have declaired the project dead or inactive. It is the most ambicious Famicom / NES project in history and people are wondering what happend to this great title. I have the answers, or at least some information that eager gamers might find interesting.

Before I lay the new information on you, let's take a quick look at what's been said and done so far. The author of the Grand Theftendo project, Brian Provinciano, has revealed quite a bit about his work, the overall concept of the game and provided us with some "making of" type of information. What we know today is that the game will run on the standard Famicom / NES hardware [if you can flash it onto your own cart, since the title will be released as a free of charge ROM image] or emulator.

Grand Theftendo is based on Grand Theft Auto III and the story plays out in the city of Portland. The game map is quite large, unlike anything that's been previously done on the 8Bit Nintendo platform. The map is 7168x4672 pixels in size. This corresponds to 30x24 game screens, and can be walked or driven though without any load times. This beats any previous NES game hands down not only in size but also in the amount of detail. All this was possible thanks to Brian Provinciano's careful planning and skill. 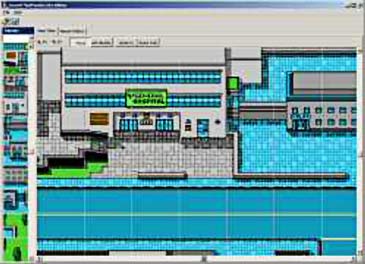 Being a one man show, Brian has created a full set of tools to aid him on his quest. He created the NESHLA [Nintendo Entertainment System High Level Assembler] and various editing programs that include map editor, road editor, dialogue editor, item placement tool, graphic converters and other applications that made the development easier. He even drew the whole city map on graph paper to get a better feel for what the map should look and play like. 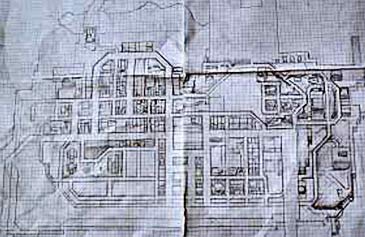 The amount of work that was put into this game says it all. A project like that takes time and skill to complete. While Brian Provinciano pbviously has the skill, time will always be a problem. After all most homebrew developers have regular jobs and families to take care of. Things have been too quiet lately so I have decided to contact Brian and ask him about the game.

I asked him about how things were progressing and if they were progressing at all. This is what he had to say: "Over the years it's been on hiatus off and on due to work, but it's under steady development now, has been again for about 9 months.". So there you have it. It's confirmed and it's still in the works. Brian is a full time game developer and I can understand the problems he is facing. After all, nobody likes sitting in front of a computer 24/7 doing the same thing. When you come home from work last thing you feel like doing is more work.

Newly acquired: Game Gear TV Tuner Pack [ＴＶチューナーパック] and Battery Pack [バッテリーパック]. Nothing too fancy. No boxes either, but I got it for cheap. Battery Pack still works, amazingly. Not that I'm planning to clip that huge thing onto my belt and walk around with a Game Gear watching TV.

Nice feature of the TV Tuner is a possibility of connecting an external device through a AV composite port. This makes it possible to play or watch anything that has a composite output, on a Game Gear screen.

The Battery Pack also comes in handy, since the Game Gear uses no more and no less than six AA sized batteries and it drains them in a heartbeat. The only downside to an external, rechargable battery pack is its size. It's almost the size of Game Gear itself and it's weighs a ton.
2007.06.20 Wed ★ Unsorted ★ Comment    Tweet This!
『 Katamari Damacy Mobile - 塊魂 モバイル 』

It was just a matter of time before mobile phone manufacturers started implementing motion sensing technology in their latest products. While the world has its eyes on iPhone, Japan lives its own life and the local market has its own rules.

In most cases it feels almost as if Japan is not one, but two steps ahead when it comes to technology and mobile phones are no different. But wait! What does it have to do with Katamari Damacy: Mobile? We'll get there in a second.

There are hundreds of mobile phones manufactured for japanese market alone and we'll never get to see them. Why? Profits in Japan are enough, so why bother risking it? Panasonic phones failed outside of their own country and that's why you'll never get your hands on a P904i [aka Foma P904i / Panasonic P904i]. And what a damn shame that is, since it's probably one of the most gamer friendly phones out there and it has some surprises in stock.

Did you already take Nintendo's Wii for a spin? Was it fun playing with the Wii Remote? Imagine same kind of motion sensing capabilities in a mobile phone, and what you get is the P904i for which Namco [or Namco Bandai / NBGI to be exact] decided to release a special version of their Katamari Damacy.

That's right. Fully 3D prince rolling his Katamari to some nice midi tunes. And instead the old and boring button pushing, you have to tilt your phone to move. Tilt it forward, and forward goes the Prince! If for one reason or another this idea seems hard to grasp, please check out the video file below. This is how it works and yes, it does work. Rolling backwards was always slow, and having matches stuck to your Katamari doesn't help, but believe me, the animation is smooth enough.


Feel like getting a P904i? You'd have to sign up with DoCoMo to get one and that's not going to happend if you live outside of Japan [There are ways of course. If you know someone in Japan who is crazy enough to get one for you and pay the fees, you're all ready to go!]. Oh and by the way, Katamari Damacy: Mobile is pre-installed.


A small update! Since it wasn't possible at the time of writing this whole entry, I couldn't add a direct feed quality gameplay video of Katamari Damacy: Mobile. Well, now I can. As far as I know it's the only gameplay video out there, so enjoy it. I assure you, you won't find it on YouTube or any other site. But you can always look.
2007.05.31 Thu ★ Unsorted ★ Comment    Tweet This!
Not so interesting Nintendo 64 stuff.

Got a hold of some cheap Nintendo 64 related hardware. First up, a very basic game converter. Believe it or not, this thing has virtually nothing but the PCB and cart slots. Not a single chip, capacitor or resistor. I closed it up before I took some photos, so you'll have to take my word for it.

I didn't spend much time testing it, but the compatibility seems to be pretty low. The only thing I got running was japanese Zelda: Ocarina of Time. And I used the european version of the game as a boot cart. If you think you can run your beloved Sin & Punishment using this device, unless you can somehow produce a NTSC US / PAL version of the game, you're screwed. You're better off with the Passport III Plus. But hey! Zelda worked fine. I tried booting it with Majora's Mask, but it didn't work.

Next device is an Action Replay type cartridge. Except it's called Game Buster [still, it's manufactured by Datel. Or so the package says]. You pop it in, attach a game cart and turn on your Nintendo 64. A menu will appear [In my case in german. Nice. No worries though, I managed.] and there you can choose your cheat codes, manage the memory card and so on. Pretty standard.

I guess the only cool feature would have to be the green glowing digital display which counts down from five to zero before the menu appears. On the back of the cart there's a small slot for so called SmartCards. I guess the firmware can be upgraded this way, new codes added and so on.

The only game I tested was Goldeneye. I tried the preloaded cheats. Didn't work. Surprise surprise.
2007.05.04 Fri ★ Unsorted ★ Comment    Tweet This!
『クマクーゴルフ練習場』
Sometimes a simple Flash game is just what you need. While browsing through the LayUp design team webpage, I clicked on a banner linking to their Charapal site. Just your regular japanese site for kids. Mecha bears from the future, forest spirits, cute cats and plenty of games for everyone.

I took the 『Kuma-Ku Country Club クマクーゴルフ練習場』 game for a quick spin and even though it's as simple as they get, it's quite addictive. Give it a try by clicking on the banner below. I posted some of my scores on the left. Can you beat me? Of course you can.

Oh, and one more thing. Have you ever noticed how japanese game titles differ from the english ones? This phenomenon is more than often caused by the lack of equivalent english words or the fact that japanese quite simply suck at speaking / writing english [If you are japanese, and I just pissed you off, this obviously doesn't concern you, since you understand english fine].

Japanese title of Kuma-Ku Country Club is KumaKu Gorufu Renshuujou. This translates into Kuma-Ku Golf Training Grounds, and has absolutely nothing to do with Country Club. Oh well.
2007.03.25 Sun ★ Unsorted ★ Comment    Tweet This!
Calendar