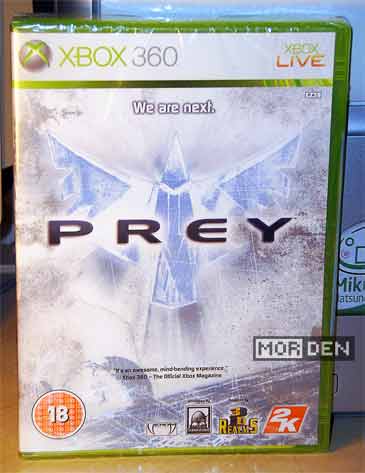 I always meant to pick up Prey, but for one reason or another, I never did - until now that is. I was considering getting the PC version, but ultimately I found a cheap copy for the 360 and bought it. I rather sit on a sofa in front of my TV, than sit in front of my computer screen on a chair that's not exactly back friendly.

Prey is one of those games that went through serious birthing pains, and being a title that started out at 3D Realms, that's not at all surprising. I don't know what the deal with 3D Realms is, but after they hit it big with Duke Nukem, it's been nothing but delays and unfinished projects from them. On multiple ocasions I have asked myself where the hell do they get all the money to be able to develop games and just scrap them at a pretty advanced stage. I guess this will forever remain a mystery.

The beginnings of Prey's development reach as far as the year 1995, when the initial idea was born and first actual work on the game started. 3D Realms was supposedly striving to build a game engine that would revolutionize the industry in the same manner as ID Software's subsequent ID Tech and Epic's Unreal engines had done before. The first real showcase of Prey took place during the E3 of 1998, and judging by what was shown back then, 3D Realms had great game and a monster engine at their hands, with all probability of a huge success. Too bad they screwed up, like they always do, and the game didn't come out until july of 2006. 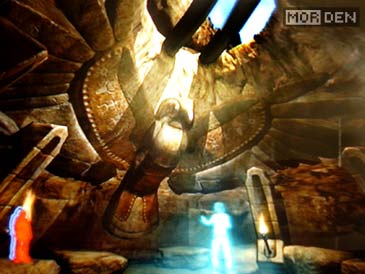 3D Realms' screw-ups aside, how does the game, which had been in off and on development for over ten years, look and play today? Sadly, the game is not all it could have been, but don't get turned off just yet. Prey can and will surprise you with some creative solutions and gameplay gimmicks - "gimmick" not being a negative word in this particular case. So, what's this game all about? Like 90% of FPS titles out there, it's about pesky aliens and you, alone against all evil.

As a player, you'll take control of Tommy Tawodi - an indian with a bad case of "I don't give a shit", tired of living on a reservation. One evening, while Tommy is whining about how he hates his indian life, aliens invade out of the blue and snatch not only himself, his girlfriend and his grandfather, but also the whole bar everyone was in. Tommy doesn't give a damn about the bar, he hated it anyway, but he does care about his girlfriend Jen and so, in a stereotypical storyline kind of way, he decides to fight against the alien abductors. 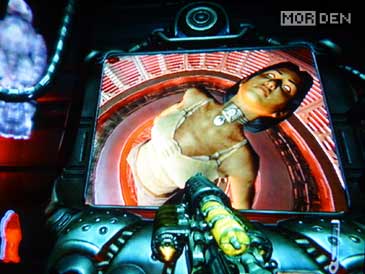 There is nothing particularly exciting about the plot, even though indian themes are not all that common in games nowadays. The story barely justifies Tommy's struggle, and his attitude doesn't help the player to like him. You may wonder how is Tommy able to fight off a whole alien race if he's just a regular man. That's the thing - he's not. He is fully loaded with indian spiritual powers and he has an elderly, wise shaman guiding him every now and then. Oh, and he can't die. Here's where the creativity comes in: Whenever Tommy kicks the bucket, he's automatically transported to the spiritual realm, where by shooting lost souls with a bow, he is able to replenish his health and come back to life. 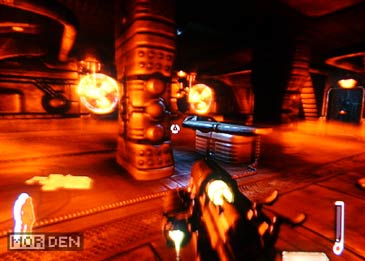 Despite the fact of posessing and actually using these awesome indian powers, explained to him by his grandfather Enisi, Tommy doesn't believe in them. While Enisi is trying his best of educating Tommy in the ancient ways of Cherokee, you'll hear Tommy making remarks like "Enough of your indian bullshit, grandpa!" or "I don't care about all of this indian shit!". That's one crazy indian, right? Either that, or ten years of game development wasn't enough to avoid paradoxes such as this one.

So, let's sum up some of the gameplay features. You can walk on walls on designated paths, you can leave your body and pass through forcefields to get to switches, etc. In many places in the game you'll be able to change gravity, or to be more specific, you'll be able to switch gravity to some or any of the walls within the room. If this wasn't enough, Prey is the first game to feature portals, as seen in Valve's famed production. The only difference here is that it is not possible for the player to create them. They will appear where the game wants them to appear and are often parts of various puzzles. 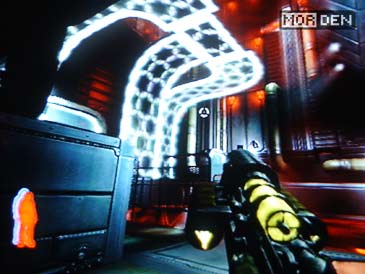 Prey runs on ID Tech 4 engine, and while the game look is entirely up to the designers, the title really does look like Doom 3 or Quake 4. Sometimes you'll go through levels which could be swapped between any of those games and you'd never be able to tell the difference. There are many original solutions design-wise, but generally prepare yourself for corridors and techno junk seen in aforementioned ID Software titles. This isn't bad by itself, since ID's games look great and it's never wrong to copy the best, but it's nice to see an original design every now and then. 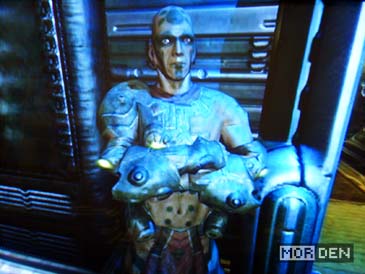 The game is fun to play and Tommy's resurrectional abilities completly remove the fear of dying or screwing up. You will still try avoiding death, but when you do get slaughtered, it doesn't really cost you anything and you can get yourself back on your feet by shooting down a couple lost souls. This might make the game a bit easy, but the way I see it, games are supposed to entertain, and that's what Prey is trying to do. You don't have to remember saving your progress, which can be done at any time by the way, and you don't have to drag your ass back to the boss from a save point. 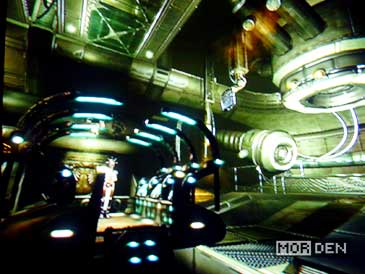 It's 2009 and while Prey might not be the hottest title out there, if you're looking for a decent first person shooter, you might want to invest a couple of bucks in Tommy's for his girl and for finding his spiritual self. A sequel to Prey is already in the works, but it's supposed to be handled by 3D Realms and that might just mean it will never come out. But let's say it does come out and it's good - you don't want to get into the new game without completing the first one.

P.S. - Above is a link to the aforementioned E3 showcase video from 1998. As you can see, Valve and their Portal have nothing on 3D Realms, and it's a shame that this title was never finished. 3D Realms could have established themselves as a game engine supplier, focusing on constantly improving the technology, just like ID, Epic and Valve are doing today.
PR
2009.04.01 Wed Xbox ☆ Xbox 360 Comment    Tweet This!