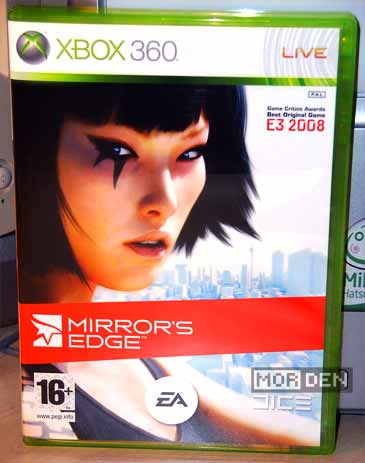 How many cool first person games for the 360 can you count? Plenty. How many first person games starring an Asian chick, running about town can you count? One. Mirror's Edge really is a one of a kind game and if you haven't heard anything about it, you must be living under a rock or you're 80 years old, and you can't be bothered with such fancy inventions like the internet or games. 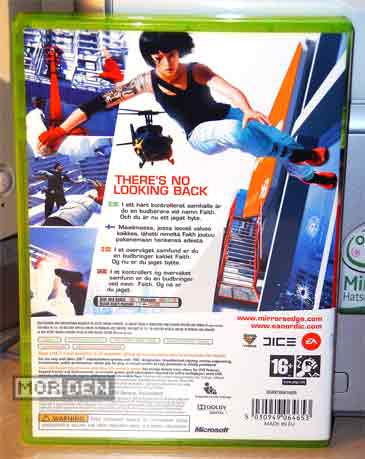 Lately I felt that games are not evolving as quickly, as they used to. After seeing the whole E3 2009 lineup, I couldn't help but notice it was mostly sequels or games built on tried ideas. Mirror's Edge doesn't exactly break any boundaries, but it tries hard to show something new. Something that wasn't seen before. When you get to the innovation of Mirror's Edge, I guess it could be [in some ways] compared to what Portal was a while back. It was still a first person game, but its unique mechanics made it so much different. That's how I see Mirror's Edge. 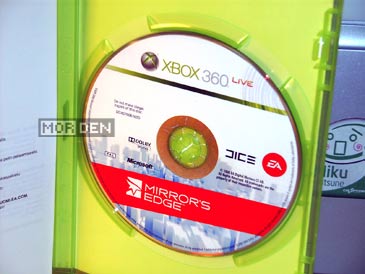 Through the course of the game, we'll be controlling a female "runner" named Faith. The story is set in the near future - in a vast city, where digital information is always monitored and controlled. Runners are outlaws, who carry information for their clients and deliver it personally. This means a lot of jumping on the rooftops, climbing fences and pipes while staying out of trouble and out of sight at the same time. 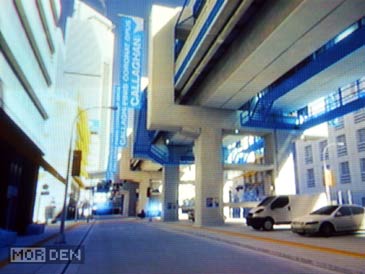 This is the main focus of the game - running. Faith doesn't carry any weapons and can only rely on her own skills. She's extremely agile and climbing most obstacles is not a problem for her. The game guides Faith through the city using so called "runner vision". This makes various objects appear in different color, to let us know where we should be going. A nice solution that guides the player without forcing him or her into a narrow corridors with locked doors. Ok, that happens too, but runner vision is something that's supposed to be of most help when on the rooftops. 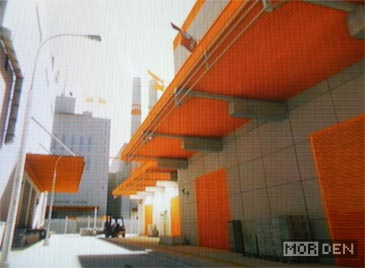 The developers have decided to use Unreal Engine 3 when making the game and what a great choice that was. Everything looks sharp and well designed - the main attraction being the colors. Art direction of Mirror's Edge has very little competition and anyone who likes first person games should try it, if only to admire the vastness of the city we get to explore. 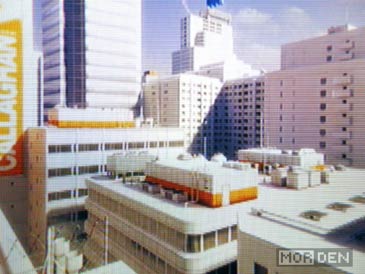 The graphics are cleverly constructed, too. Most city buildings are not that complicated in terms of geometry. This saves a lot of processing power and allows to create really impressive objects, like cranes, etc. Texturing and lighting need processing power, too - and if anything is perfect in Mirror's Edge, it's the lighting. DICE licensed an advanced lighting system called "Beast", developed by Illuminate Labs. This gave the developers more control over how the lighting works and it did pay off. 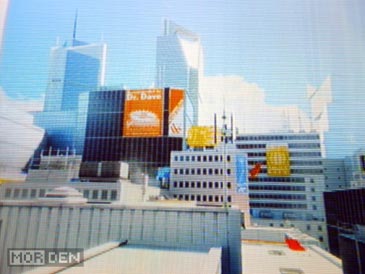 And then, there's music. Mirror's Edge has a superb soundtrack with a wide selection of great ambient tunes that contribute a great deal to the whole feel of the city. The beats are clean and melodious, but at the same time the music manages to be sophisticated and it doesn't make you want to turn it off. The main theme is great, especially the version with Lisa Miskovsky's vocals that can be heard over ending credits. I already wrote a bit about the music after I bought the single CD containing several remixes of "Still Alive". You can check it out here. 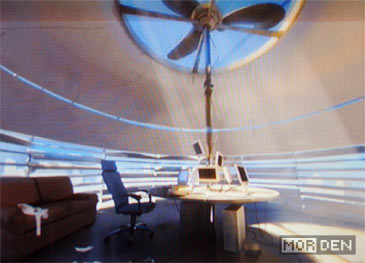 There is something that comes up frequently, when Mirror's Edge is discussed, and that's motion or simulation sickness. When in game, we don't see any kind of HUD and the camera movement is designed to closely resemble a first person view. This might cause some people to feel nauseous. I myself, however, have not experienced any kind of discomfort. The only thing that was disorienting at times was the forward roll after a landing. For a second we don't really know where our character is, but I can't say it made me feel sick. If you have motion sickness, that's too bad. I suggest you take some pills and play the game anyway. 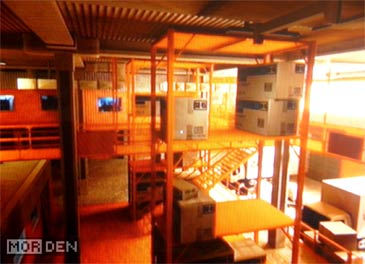 Mirror's Edge isn't without its shortcomings. My main problem with this game was its length. I finished it rather quickly and I felt that I wanted more. More out of the story, and more running in the sun soaked city. I really hope that DICE and EA decide to make a sequel, which will improve the formula and give us some more exciting parkour action. I highly recommend this title to anyone who is into first person games. Keep in mind that this will be a trial and error type of gameplay, and not your standard kill everything that moves deal.