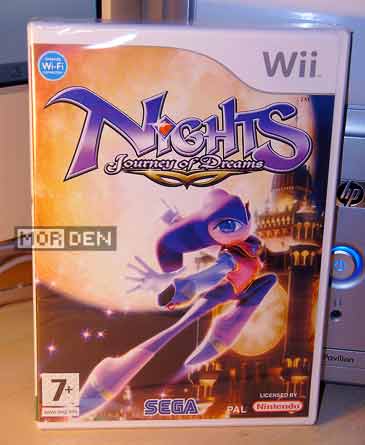 Many gamers, me included, always thought that NiGHTS: Into Dreams for Sega Saturn was one of those games that were perfect just the way they were and didn't need a sequel, and so, Sega and Sonic Team were quite hesitant to mess around with a title that was so dear to many. Finally, over ten years after the original game hit the market, a sequel for Nintendo Wii was released. 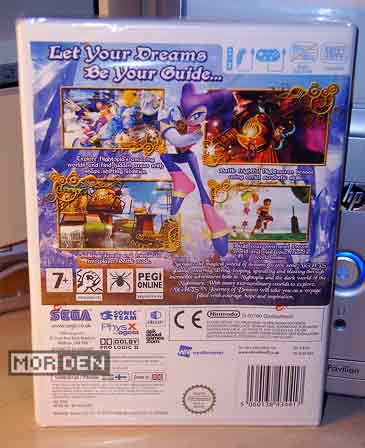 I took my time before I picked this game up. I didn't know what to think and it didn't seem to sit well with most of others out there, so I waited until it dropped in price. When it finally did, I bought it thinking "how bad can it really be?". It turns out it's not that bad at all. On the contrary, it's pretty good. Taking Wii's limited resources into consideration, Sega did a fine job when it comes to gameplay. There are however few major flaws and before I start praising the good, let's take a look at the bad. 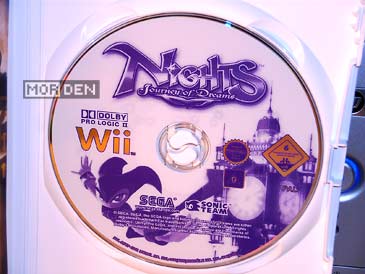 NiGHTS: Into Dreams was a simple game. There's a story noone really cares for, you start the game and you play. You fly around and collect stuff. It was fast, colorful and impressive. When you look at the gameplay from the Wii version, not much has changed. The main thing that makes me want to toss the game disc across the room however, is the storytelling part. Before you even get to play, you have to listen to a rather lenghty introduction. You can't skip the boring talk and it's pretty annoying. Same goes for every new level opened. Before you get to play, there's always a sequence explaining why you have to do what you're about to do, which is fly around and collect stuff. 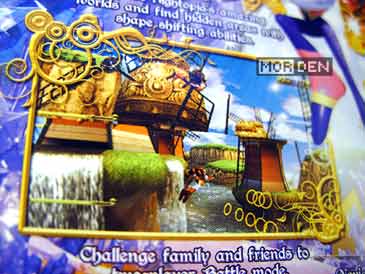 The story is rather shallow, taking more or less everything from the first game, and while the first game was all about booting the disc, pressing start and playing, the Wii sequel is about seemingly endless cutscenes spiced with brief moments of gameplay. You can skip the cutscenes on your second play-through, but that's no good if you don't want to listen to all the babble first time around. Second thing that I could and will complain about are the game physics. Don't get me wrong, there's absolutely nothing wrong with them. I was just surprised when I saw the game ads specifically mentioning the physics engine used. 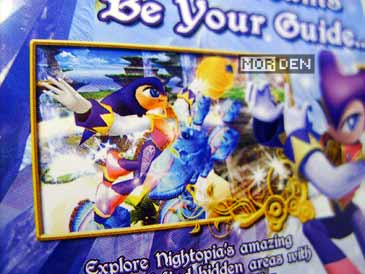 NiGHTS: Journey of Dreams uses PhysX engine by Ageia [nowdays owned by Nvidia] which is also used by Unreal Engine 3 in such games as Gears of War or Unreal Tournament 3. In those games you can actually see the impact of advanced physics simulation on the gameplay. In NiGHTS' case however, you can't really tell that it uses a physics engine. At first glance, everything moves just the way it did back in Sega Saturn days. From what I can gather, PhysX was even meant to be a selling point for NiGHTS or at least an important asset. 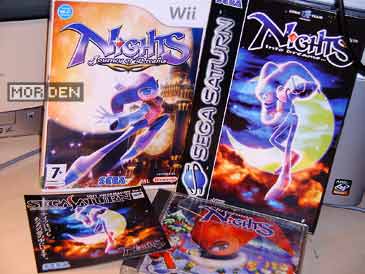 Now for the good. When you finally get to play, you'll notice the game did recieve a graphics boost but everything else remains rather unchanged. In other words, if you liked the old NiGHTS, you should like the new one nearly as much. The gameplay is really solid, but I recommend using the GameCube or Classic controller. Wii's own controls are a bit off if you ask me. Another thing worth mentioning is the soundtrack. Music in this game is simply superb. I could wander around the level selection area just to listen to the tune played there. Same goes to game levels.

If you're a fan of the original game and you're not discouraged by the presence of lenghty and annoying cutscenes, you should get this game. I can only assume that you will play through it once, and after that the cutscenes can simply be skipped after you've endured them during the first pass. Sega could have tried a bit harder and some of the things seen in the game seem a bit rushed, like the level select area, which is a bit lifeless and bland, and can be a turn-off right fron the start. If you get past the initial annoyance, the game turns out to be a splendid sequel retaining everything the original game had in terms of gameplay.
PR
2009.01.28 Wed Wii ☆ Nintendo DS Comment    Tweet This!