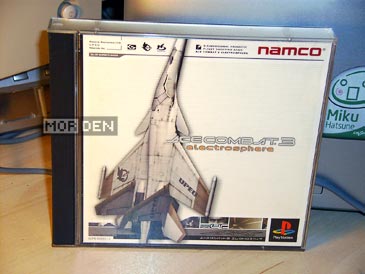 There are plenty of reasons to import Japanese editions. In most cases they just look so much cooler, they come out much earlier and there's often more game content and generally more of everything. Namco made Ace Combat into a successful franchise with the first two games, but it's the third installment in the series that takes the cake, or to be more specific, it's the Japanese version that does. 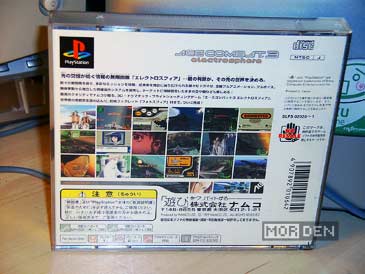 Since Japan is the country where it all goes down, they get almost all of the software first. Games are being developed in japanese and while they're being translated for the rest of the world, Japan has already played through them and forgot all about them. Ace Combat 3: Electrosphere came out in Japan on May 27th, 1999. The rest of the world had to wait for almost a year. One would think that during this year, US based Namco Hometek would have all the time they need to properly translate the game before its english release. Sadly, that didn't happen. 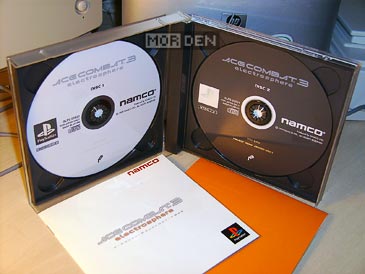 Ace Combat 3 was, and still is, vastly superior in almost all aspects to the previous games, featuring all new futuristic graphic design similar to what can be seen in WipeOut, great soundtrack produced by the sound team who also produced the music for Ridge Racer Type 4, completly new game engine utilizing some nice and previously unseen environment effects and all new storyline with plenty of missions to choose from. Sounds great, right? It is, and while Japan could enjoy the game in all of its glory, the rest of the world got a gutted product with the larger part of the content missing. 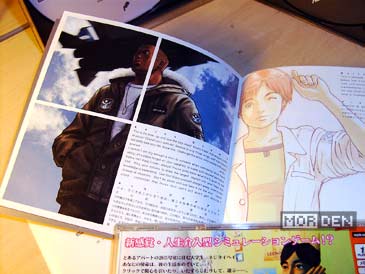 Before I get into details, let's talk a bit about the storyline in Ace Combat 3. The year is 2043 and much has changed. Money is technology and technology is power. The world is controlled by global corporations who are in a constant competition over territory and market. The major players are General Resource, Neucom and UPEO. While General Resource takes pride in using trusted technologies, Neucom is constantly striving for improvement, pushing the boundries of science. The two industry giants answer to NUN [New United Nations] but at the same time they're plotting against each other to ensure they come on top. UPEO with their military technology, takes the role of a peacekeeper and when corporations go to war, it's up to UPEO to eliminate the threat. 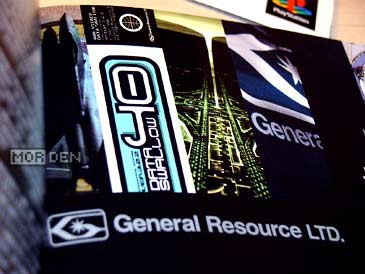 It seems that people at Namco Hometek couldn't be bothered with translating everything so what they did was cut out the majority of storyline and left the gameplay. Japanese version of Ace Combat 3 puts alot of emphasis on building up the story. There are anime cutscenes between missions, we get calls from other pilots, we can watch news reports and mission briefings are much more detailed. All we get in the english version is some text based intel before departure and that's pretty much it. If this wasn't enough, english version of the game offers 36 missions on one disc, while the Japanese version has 52 missions featured on two discs packed with top shelve storytelling. 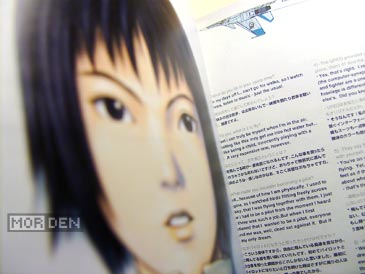 As if all the extra ingame content wasn't enough, inside the game case is a thirty page long booklet called "Ace Combat 3 Electrosphere Portfolio Photosphere". Here we can find out a bit more about General Resource, Neucom, UPEO, various game characters, fighter planes and the Electosphere itself. The book starts off with describing the world as it is today and then gives us some insight into each of the companies. Later we get to read some character presentations, some of them being personal thoughts, other being interviews. Everything is printed on a high quality paper with ocasional silver lettering or outline. Except for the Photosphere we also get a full color 26 page instruction manual. 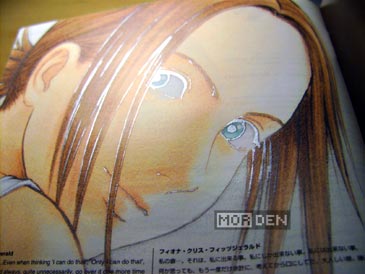 The game itself looks amazing. Namco used the same engine they developed for Ridge Racer Type 4 and even though Ace Combat 3, being a large open space game, can't show the technology off like R4 can, AC3 is still capable of producing some impressive visuals. You'll see the hot air coming from the aircraft engines distorting the image, you'll see some nice light reflections on the ocean surface, you'll see lens flares and you'll see gouraud shading on the planes. This plus much much more makes Ace Combat 3 into a masterpiece. 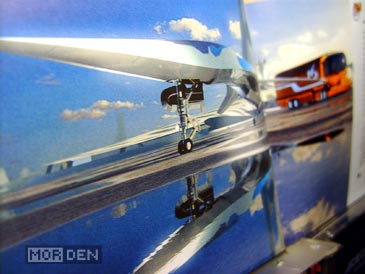 The sound doesn't dissapoint either. If you liked the soundtrack for Ridge Racer Type 4, you won't have anything to complain about. Guitars from previous games are replaced with some nice electronica, ambient and funk. You'll want to play through the game just to hear all of the tunes, I can guarantee it. Namco can produce a great soundtrack and music from AC3 is on my top ten Namco soundtrack list. 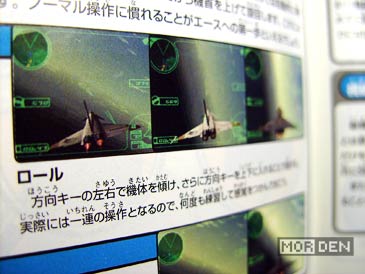 Years '96 through '99 were the best years Namco had. They produced some amazing games with feel and design still unmatched by their later releases. Soul Edge, Tekken 3, Ridge Racer Type 4 and Ace Combat 3: Electrosphere are what it was all about. If you had a console back then, it was NamcoStation. Nowdays I find new Ridge Racer or Tekken games less and less appealing. I won't say that Namco lost its touch, but something is missing. Something they figured out back then, but seem to have forgotten what it was. 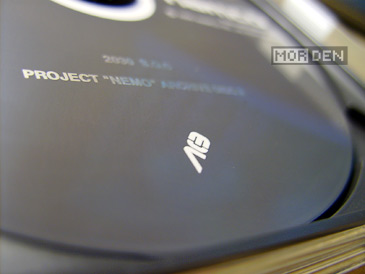 Times have changed, new hardware arrived and Namco is still going strong, but if you're looking for gameplay at its best, do yourself a favor and import Ace Combat 3: Electrosphere and play it like it should be played, with the storyline intact. It's far more elaborate than what Namco did for Type 4 and I assure you - you're missing out.

Tweet
無題
delete my mail please!! T_T
i must use more the google translator