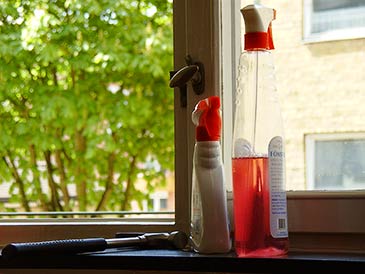 The time has come. The sky is clear, the temperature is up and it's time to wash those windows, clean that house and get ready for the summer. Since I got some free times on my hands I got the window cleaning part out of the way yesterday. And what do you clean the windows with? Some proper chemicals and a hammer, of course [It's in the photo. Don't ask] 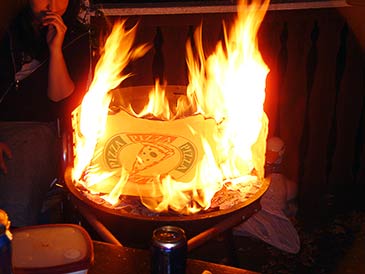 First BBQ party of the year is already behind us and I'm looking forward to the next ones, hoping they will be plenty. There's nothing like the great outdoors [just outside the door, on the porch is fine], friends, booze and food. If that's not what summers are all about I don't know what is. 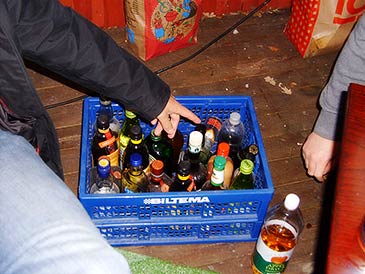 Note to self: Make sure the supplies aren't running low when you have people over. BBQ is all about food and drinks baby! The photo is showing my friend's stash and you can tell he is well prepared for any eventuality. We didn't overdo it that night though. There is some left. 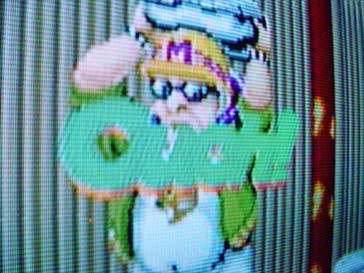 The time has come to yet again become one of the collective and connect to a local area network at the world's biggest LAN party - Dreamhack. Sweden, Winter, 29th of November - 2nd of December. Four days of LAN gaming, competitions, freebies, Jolt Cola and loud music. 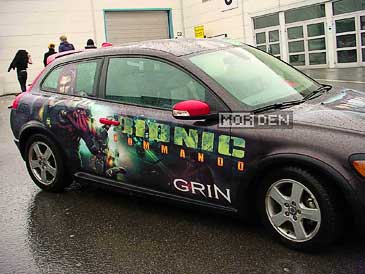 At DreamHack, like always, the fun is on the inside, so I took a quick snapshot of a cool looking Bionic Commando car parked by the main entrance and ran for the doors. It was raining cats and dogs, but who cares? Once you're in, you're not going to leave for quite a while. 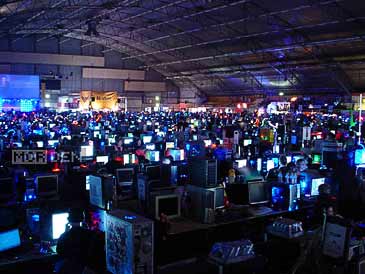 Being a world record holding event, DreamHack is a force to be reckoned with. Over TEN THOUSAND computers connected to one network is something you certainly can brag about. 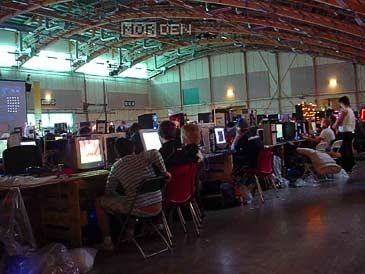 DreamHack is held at Elmia Exhibition Centre in the city of Jönköping, Sweden. To make it possible to host the world's largest lan party, the premises have been modified to suit our needs, with electrical installations for example. 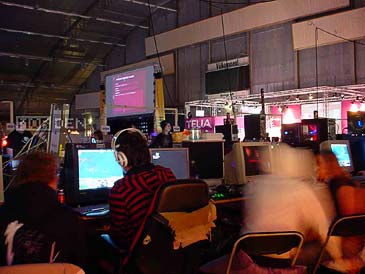 The cooling system of Elmia utilizes the cold water from the lake Vättern nearby. Even so, it is getting warm inside during DreamHack. Thousand of computers and lan participants form a gigantic heat source. About 3 MegaWatts of electricity is needed to run the place. 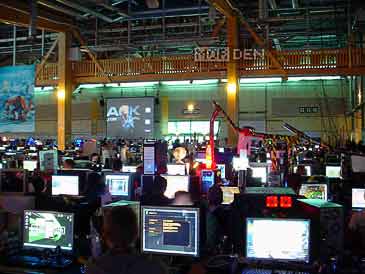 So how can a DreamHack participant go for four days without sleep? They can't. Despite the large quantities of coffee and Jolt Cola the gamers still need their beauty sleep, and since we don't want anyone to be stealing our shit, what do we do? That's right. We sleep on the keyboards. 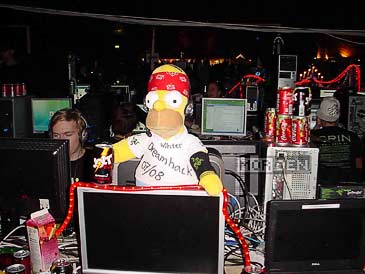 Believe it or not, DreamHack is responsible for about 30% of total Jolt Cola sales in Sweden. People down this stuff like crazy. Some say it's an addiction, some call it tradition. I'd call it the latter, since it doesn't stop at drinking. Jolt Cola cans are traditionally used to build towers and randomly shaped sculptutes. Anything is possible with duct tape. 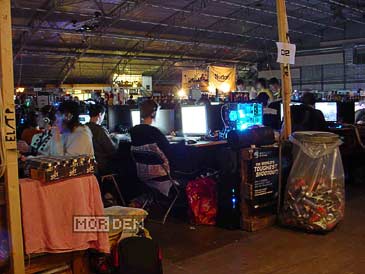 So what was happening this time anyways? Like always, it's mostly about LAN and Quake World, Counter Strike, Quake 4 Deathmatch and Unreal Tournament. I've heard some people say there were a few dudes playing Warsow but I haven't seen it, so I don't believe it. 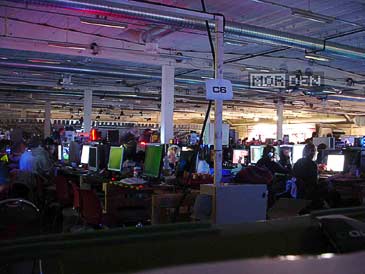 An event this big is also a great opportunity for hardware developers to show off their new technologies and brag all day long why you should choose them and not this other company. Symantec was there, Intel was there, Microsoft was there. All giving away freebies and tempting you with their promises. 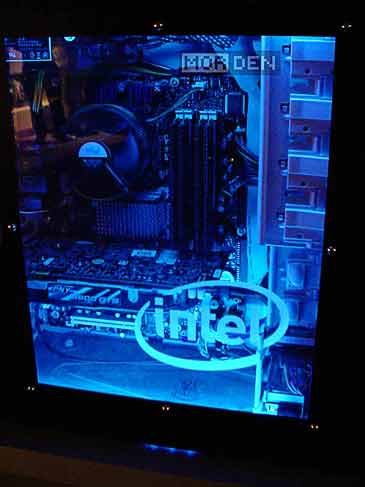 You could play the newest games at the most powerful machines. Ever wondered what Crysis would run like with everything set on max at some crazy high resolution? I'm not really sure what Intel put in the machines running the Crysis demo, but take my word for it. It ran smoooooth. 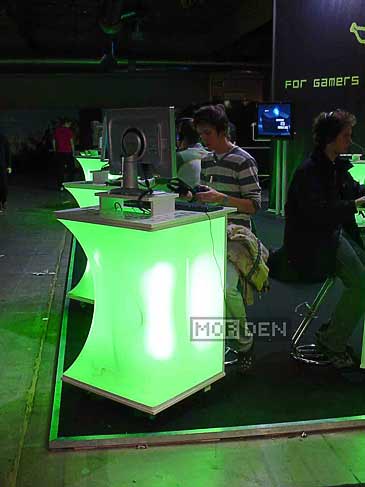 The best freebie award goes to Intel. At their booth you could make a video / fool of yourself while you're dancing with some nice, green background behind you. Intel people had two cameras pointed at you and what they recorded, they mixed together into a nice video of your person, multiplied. This was to show you how fast the Core 2 Duo processors are. The movie was mixed in just a few seconds and you were given your very own copy on a nice Intel pendrive. 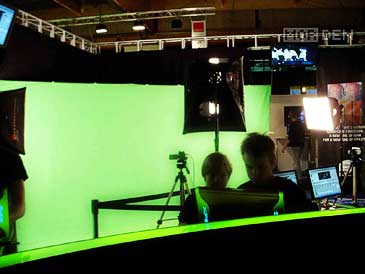 DreamHack isn't all about computers. If you got tired of your keyboard, muse, and the fact that you were getting your ass handed to you all the time, you could dance your sorrows away at the arcade corner. Beatmania was there, Dance Dance Revolution was there, both in various editions. 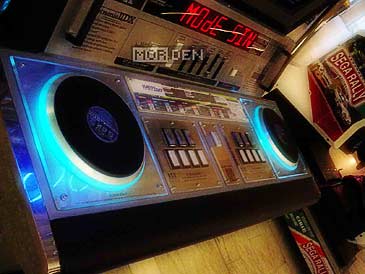 After playing both PC and console games [especially Guitar Hero, which was really big] it was time to drive back home and count the freebies. So here they are, starting with the DreamHack handstrap. 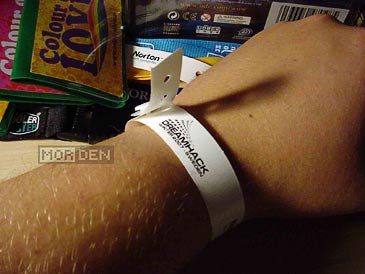 Three sets of WoW cards, some straps, Intel's Pendrive, vitamines and condoms. This, plus current issues of the bigger gaming magazines on the market. That's right. They're actually giving you back your ticket money. 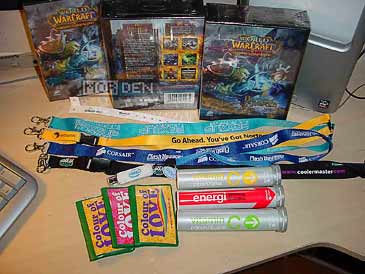 While entering the event, everyone was given a nice box containing the starter deck of "World of Warcraft: Heroes of Azeroth" card game. You could play it with the WoW people at the Blizzard booth. I didn't, shame on me. 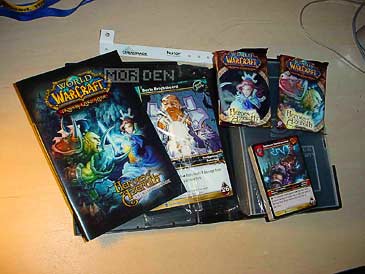 Since there are so many visitors at DreamHack, you're bound to bump into someone willing to have sex with you, and when that happends, it's best to have a condom ready. If you haven't thought about buying a pack of condoms before you got to DreamHack, you didn't have to worry. The organizers did the thinking for you and free condoms [with a small baggie of lubricating gel and a MANUAL] were given away to all who needed one. As you can see, I needed three, even though I haven't used them. Yet. 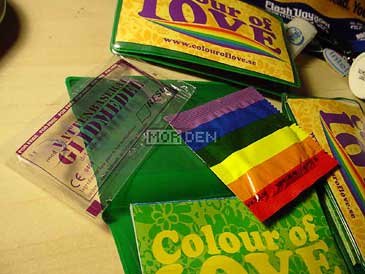 Last but not least, a pair of Warhammer t-shirts that were given to me by some nice guys at their booth. I felt really bad since I haven't even played through one whole game [I left in the middle, or actually I was dragged away, leaving my team one man short. Nice]. 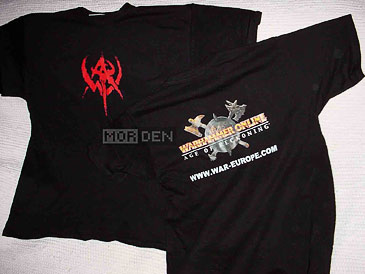 2007.12.02 Sun Random and ♥Hate♥ Comment    Tweet This!
『 朗報! 』
Happy days! I just got my order status updated and it looks like I'll be recieving a portion of great dojin games really soon. The wonders of EMS tracking tell me that:

My package has reached the international branch of Tokyo post service. Nice. As soon as the games reach me you can expect an update with some photos. And to think I was just about to mailbomb the bastards for delaying my order. It's all good! What was I thinking? Haha.
2007.10.11 Thu Random and ♥Hate♥ Comment    Tweet This!
ペプシアイスキューカンバー

Japan, sweet Japan, I love thou. Just when you thought fish flavoured soda was the creative limit of japanese soft drink manufacturers, they surprise you once again. Hold on, stop, rewind. This sounds as if I'm getting all ready to complain about another weird product, and I'm not.

Summer this year is going to be hot and we are all starting to feel it. Summer is also a period of peak soft drink sales and a huge company like Pepsi knows when to strike and what to strike with.

Pepsi Blue, Pepsi Red, Pepsi Gold... Been there, drank that! Who needs another colour when you can get a completly new flavour? That's probably what Pepsi of Japan thought when they decided to market their newest invention, Pepsi Ice Cucumber. Yes, CUCUMBER. I know how it sounds but believe it or not, cucumber flavoured Pepsi is not bad at all. Even though it doesn't taste like Pepsi anymore.

It's hard to put a finger on a particular taste that dominates in this chemically engineered summer special, but I wouldn't be far off if I said it's a melon flavoured drink with a note of thinned down Pepsi.

Pepsi Ice Cucumber is on sale since June 12th and you can get it at every single supermarket. Even though weird taste combinations are among many things Japan is known for, and the new Pepsi has been promoted in every possible way, sales aren't exactly going through the roof. With this in mind you can rest assured that while in Japan this summer, you'll be able to get your hands on a bottle.
2007.06.15 Fri Random and ♥Hate♥ Comment    Tweet This!
『 How to post a comment? 』

Adding comments might be simple, and it is in most cases, but after few years of having my own blog, I realized one should post some comment guidelines, so that visitors can either read through them and follow them, or ignore them completely and get their asses [read IP range] banned. So, here goes. Under every blog entry you will see the date at which the given entry was posted, category it belongs to, trackback and comment links, and a link that will post the entry title and address to your Twitter, if you're logged in to your account. All of the above will look something like this:

Easy so far, right? Nothing too complicated. So, once you click on "Comment", you'll be taken to the comment form, which isn't complicated either. After giving it some thought, I've removed the option of leaving your e-mail address and your website address. You're here to comment, not to advertise. However, if you feel you absolutely have to tell me about yours or someone else's website, you can add a link in the comment box. If I find it inappropriate, your entire comment will go. If you continue to link to other websites for no good reason, you will get banned. Let's take a look at the comment form itself: 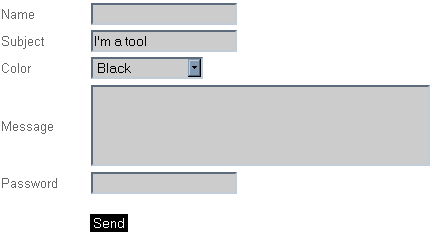 If you want to give yourself the ability to edit your comment in the future, use the password field. Once the comment is posted, you'll see the edit option on the lower right from your text. Once you've clicked on it, you'll be taken to the edit page and there you can make your changes. Type in the password you've used when posting the comment, and lastly click on send. If everything works as it should, your comment will be automatically updated.

Now for some rules - I will not tolerate advertisement. If you're here post spam, you might just as well turn back and leave. I will delete your comment the second I see it, and I will ban your whole IP range. If you don't have anything to say, don't comment. Even though I don't get many comments here, "nice blog!" is something I can live without. Last, and second most important thing - Since the blog is in English, I suggest you comment in English. Happy commenting.
2007.05.02 Wed Random and ♥Hate♥ Comment    Tweet This!
Calendar