Finally someone has decided to port the fabulous lightgun shooter called "Ghost Squad" and of all platforms, it's coming to Nintendo's Wii, along with the brand new zapper gun [which in fact is just a nunchuk and wii remote mounted onto some kind of frame].


I've seen the trailers and the screenshots and I must say that the game looks quite good. At the arcades it ran on the Xbox based Chihiro hardware, and that's certainly something Wii could handle, no sweat. 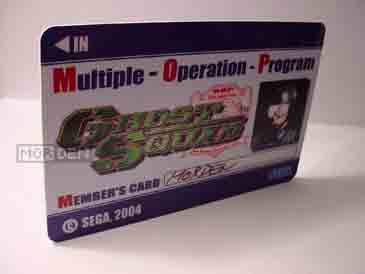 One of the main features of Ghost Squad in its arcade form was the internet ranking. The player could own a IC Card on which all the scores were stored, and upgrades to weapons could be earned gradually. After the finished game the player would get a code which after registering at the official Ghost Squad site, placed the score in the ranking. 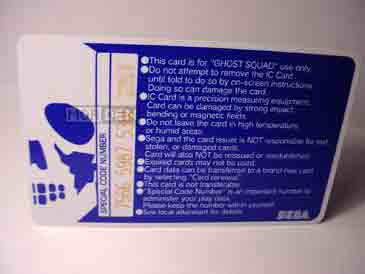 The score registration was also possible via popular in Japan QR Codes. We'll just have to wait and see how Nintendo solves the Wii version ranking.

This is my score from Ghost Squad's web ranking from way back in 2005. The score was gone from the list the next day, but I didn't place too high to begin with. Oh well, at least I was there and I can prove it! Click on the image to get the larger version.
PR
2007.09.22 Sat Wii ☆ Nintendo DS Comment    Tweet This!